How is Buttboarding Different Than Street Luge?

Buttboarding and street luge are quite similar. Street luge involves a very different type of board than buttboarding does, however.

While buttboarding uses a longboard (ridden in a specific way), in street luge, a specially-designed street luge board is called for. 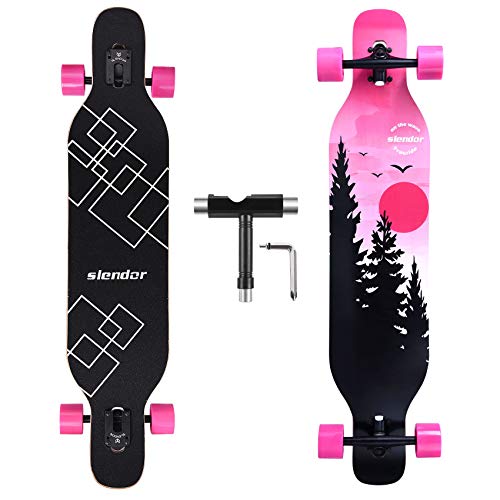 What’s more, street luge tends to be more questionable in the eyes of the law, as the boards are more obvious and you tend to go much faster!

Have you ever heard of buttboarding? Or, if you’re a longboarder, perhaps you’ve tried it.

This is a hobby that involves laying down on a longboard at the top of a hill. From there, you give yourself a push, and then gravity does the work!

Buttboarding was invented as a way to achieve maximum speed on a longboard – but it’s very hard to stop, and nearly impossible to steer.

This means that crashes are basically a certainty, and there’s a lot of very real danger!

In the ‘80s, there were some races in California. While these started out good fun, pretty soon injuries were getting serious (for both the racers and the spectators).

This has relegated buttboarding to a hobby rather than an official extreme sport – it simply involves too much risk.

What is Street Luge?

This is where street luge comes in; specifically, it was born from the need to make buttboarding safer.

Fans came up with a new design, especially for buttboarding, and dubbed it ‘street luge.’ This design looks like a 5-foot, stream-lined sled crossed with a longboard – and it goes faster than either!

For maximum speed, this lightweight board is designed to keep your center of gravity low. As a result, once they get going, a buttboarder can easily reach speeds of 60 to 85 MPH – an insane number!

For this reason, street luge also puts an emphasis on the proper location and gear.

It’s advisable to street luge on a course, as it will be free of obstacles, and the pavement will be smooth.

Oftentimes, street luging in public is also illegal, so before you do it, you’ll probably want to double-check.

Buttboarding is not an official sport. This is due to the high potential for injuries (some have even been fatal).

There were some races in California, in the ‘80s. These quickly died out due to crashes and casualties of both racers and spectators, however!

This being said, for adrenaline junkies, the hobby is still quite popular!

Is Street Luge a Sport?

More surprisingly, street luge is not a sport, either! Despite the alterations to the classic longboard, a street luge board only reduces – not eliminates – the danger.

When all is said and done, there’s simply still too much risk.

Street Luge is Illegal While Buttboarding is Technically Legal

While a full-on street luge board in public might get you in trouble with the law, a longboard is entirely legal.

This means that you can potentially get away with buttboarding, whereas you are less likely to be allowed to street luge at your leisure.

as it’s more obvious, and you go a fair bit faster!

So, if you’ve been wondering ‘how is buttboarding different than street luge,’ there’s your answer!

The boards are quite different, despite the fact that the hobbies are similar.

Street luge also tends to be more questionable in the eyes of the law – it varies depending on location, however, so be sure to give this a double-check!